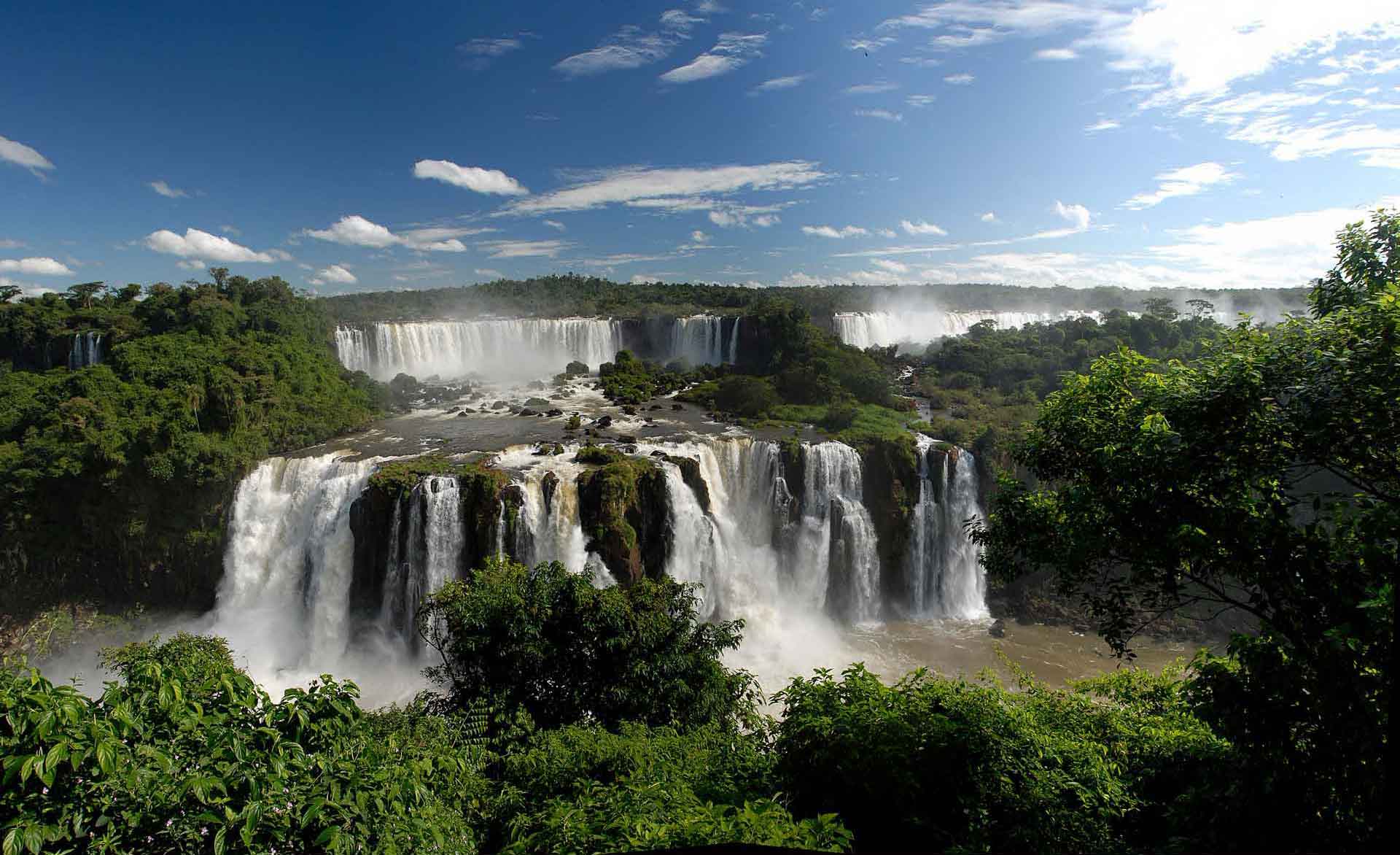 General view of an area of the Iguazú falls and the basaltic mantles. (Photo: Luis Carcavillla).

General view of an area of the Iguazú falls and the basaltic mantles. (Photo: Luis Carcavillla).

One of the most iconic and outstanding waterfalls in the world.

Iguazú/Iguaçu is one of the major world references in what concerns waterfalls, which is one the reasons why it was designated as a UNESCO’s World Heritage site. The great accessibility and infrastructure of the area make Iguazú/Iguaçu a place with educational potential in relation to a very clear example of regressive fluvial erosion. In addition (Ardolimo and Miranda, 2008), the coexistence with large and extensive basaltic outcrops originated during the fragmentation of the primitive Gondwana continent, allow addressing issues related to global tectonics.

The Iguazú/Iguaçu waterfalls constitute a set of 275 falls with an average height of 75 meters distributed along a front of almost 2,700 meters. These discharge an average of 1,800,000 l/s into the narrow and deep canyon of the Iguazú river (Salamuni et al., 1998). The «Garganta del Diablo” (Devil’s Throat), the most important fall, is the culmination of this canyon that begins in the Paraná river, on the border between Argentina, Brazil and Paraguay, 18 km downstream from the falls. Fissural basaltic volcanic rocks that spread over the surface some 125 to 115 Ma ago (Lower Cretaceous) dominate the region (Ardolino and Miranda, 2008). These lava flows covered an area of 1,200,000 km2 and accumulated thicknesses of up to 1,500 meters, constituting the largest basaltic lava flow recorded on the planet’s continental crust. Its origin is synchronous with the fragmentation of Gondwana, for which these rocks are also recognized in the western sector of Africa, an intercontinental group known as the Parana-Etendeka volcanic province (Llambías, 2023). In South America, these lavas are known as the Serra Geral Formation. The region is a high, flat plateau that is crossed and incised by several rivers. The channel of some of them, like part of the Paran and the final section of the Iguazu are probably structurally controlled (Ardolino and Miranda, 2008).

Since the waterfalls are located on the border between Argentina and Brazil and constitute the most imposing feature within the homonymous National Parks, there is profuse international research on active geomorphological processes, petrological and volcanological aspects, as well as numerous publications that contemplate biotic factors. 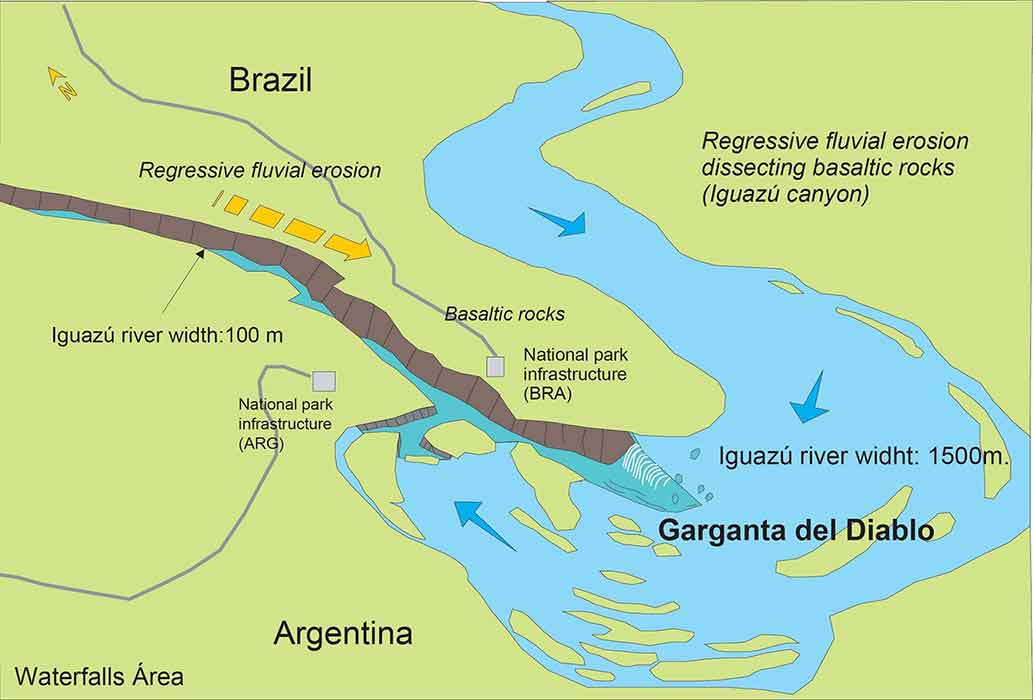 Iguazú/Iguaçu waterfalls are a very clear example of an active geological process of regressive fluvial erosion.