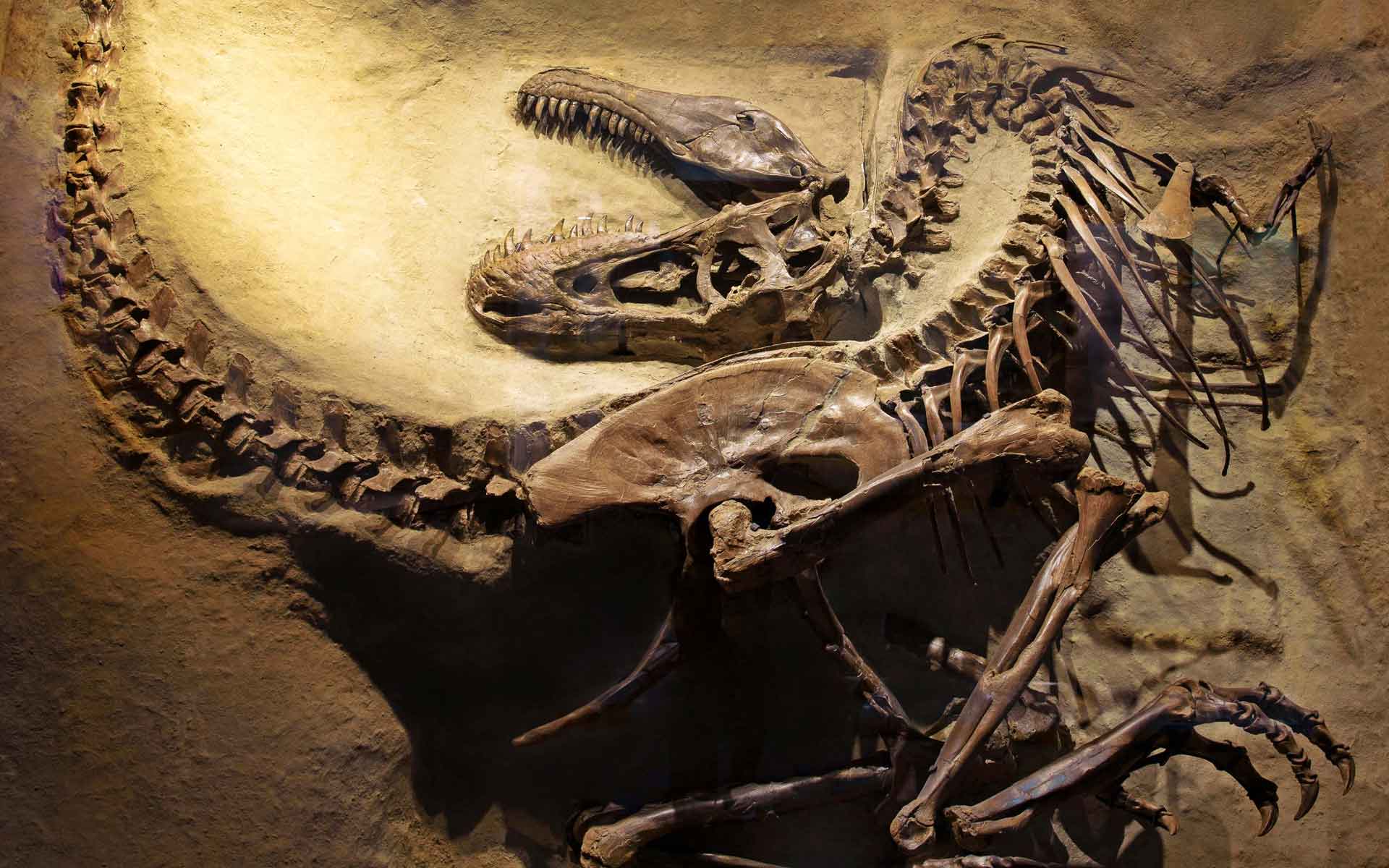 This IUGS Geological Heritage site provides exquisitely preserved evidence of the tremendous diversity of organisms on the North American continent in a relatively short (2.4 Ma) interval of late Cretaceous time. It is the richest and most diverse dinosaur site in the world. Fifty-one species of dinosaur have been identified so far, more than 500 specimens have been excavated and placed on display in museums around the world, and exposed dinosaur bones are so numerous as to be uncountable. The enormous diversity of the complete fossil assemblage is the reason it was designated a UNESCO World Heritage Site in 1979. 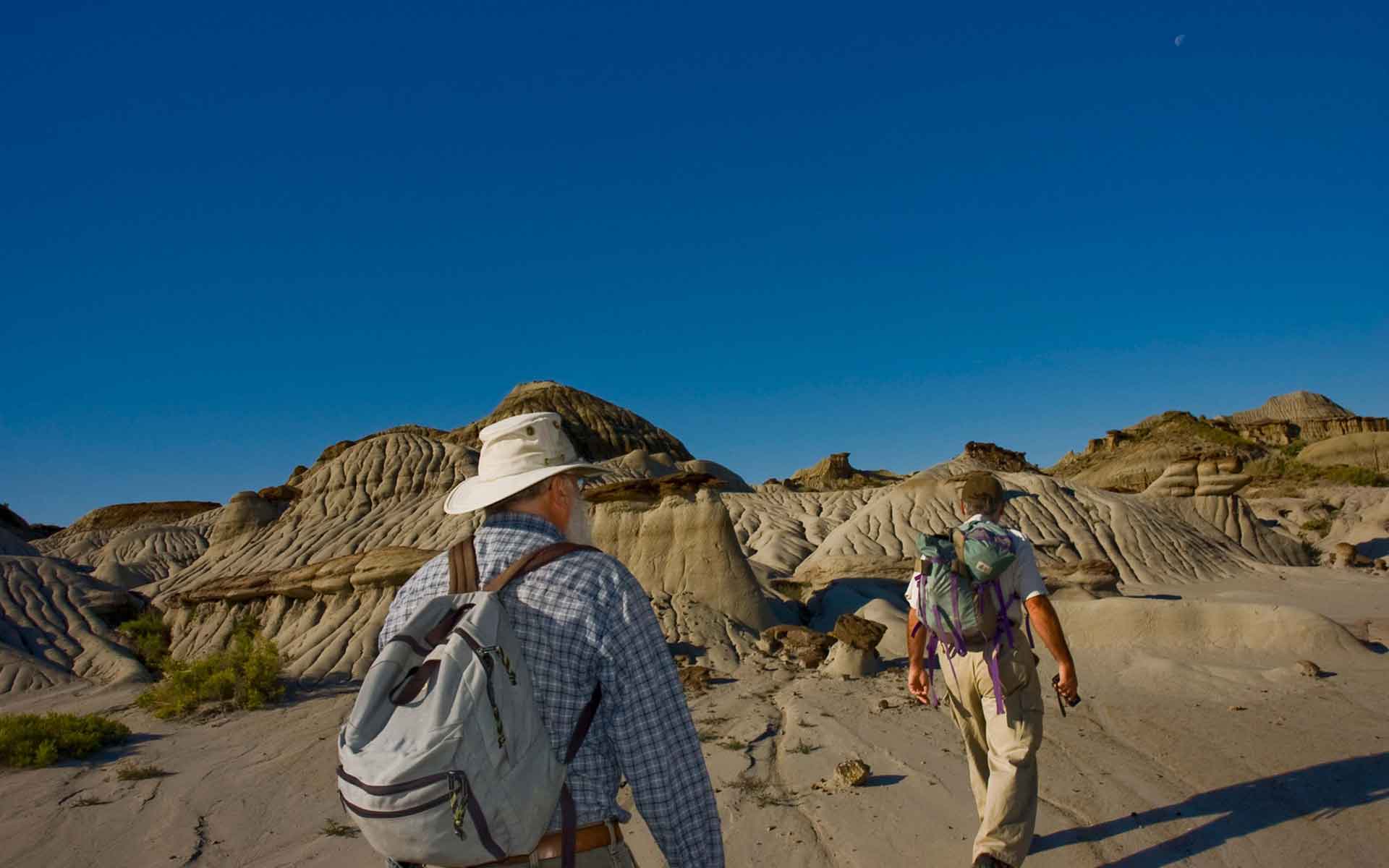 Dinosaur Provincial Park comprises 80 km2 of badlands consisting of alluvial to coastal plain strata of the Campanian-age Belly River Group. Strata accumulated in alluvial to coastal regions west of the Bearpaw seaway. Based on U-Pb (TIMS) dating, the strata are 76.72 to 74.30 million years old, and coincide with the “zenith” of global dinosaur diversity. Two formations are present, including a portion of the alluvial Oldman Formation, and the entire alluvial-to-paralic Dinosaur Park Formation. The latter is uniquely rich in the remains of large dinosaurs (hadrosaurs, ceratopsians, theropods) preserved as fully-to-partially articulated skeletons, skeletal parts (limbs, skulls, and vertebrae), and football-field size bonebeds.

Many bonebeds contain remains from hundreds of individuals from single taxa of herbivorous dinosaurs (Centrosaurus, Coronosaurus, Styracosaurus). Apart from the staggering impact they have on visitors, these bonebeds provided the first published evidence of gregarious behavior in dinosaurs (late 1970s). More than 110 years of collecting has yielded more than 166 species of vertebrates (including 51 species of dinosaur), and assemblages of plants and invertebrates. Dinosaurs from the Park are displayed around the world, but are showcased at the Royal Tyrrell Museum of Palaeontology in Drumheller, Alberta.

The first dinosaur fossil in Alberta was found in 1884 by Joseph Tyrrell (Geological Survey of Canada). Many scientists were attracted to the area in search of dinosaur remains in the nineteenth and twentieth centuries and the Royal Tyrrell Museum of Palaeontology continues to make new discoveries to this day. 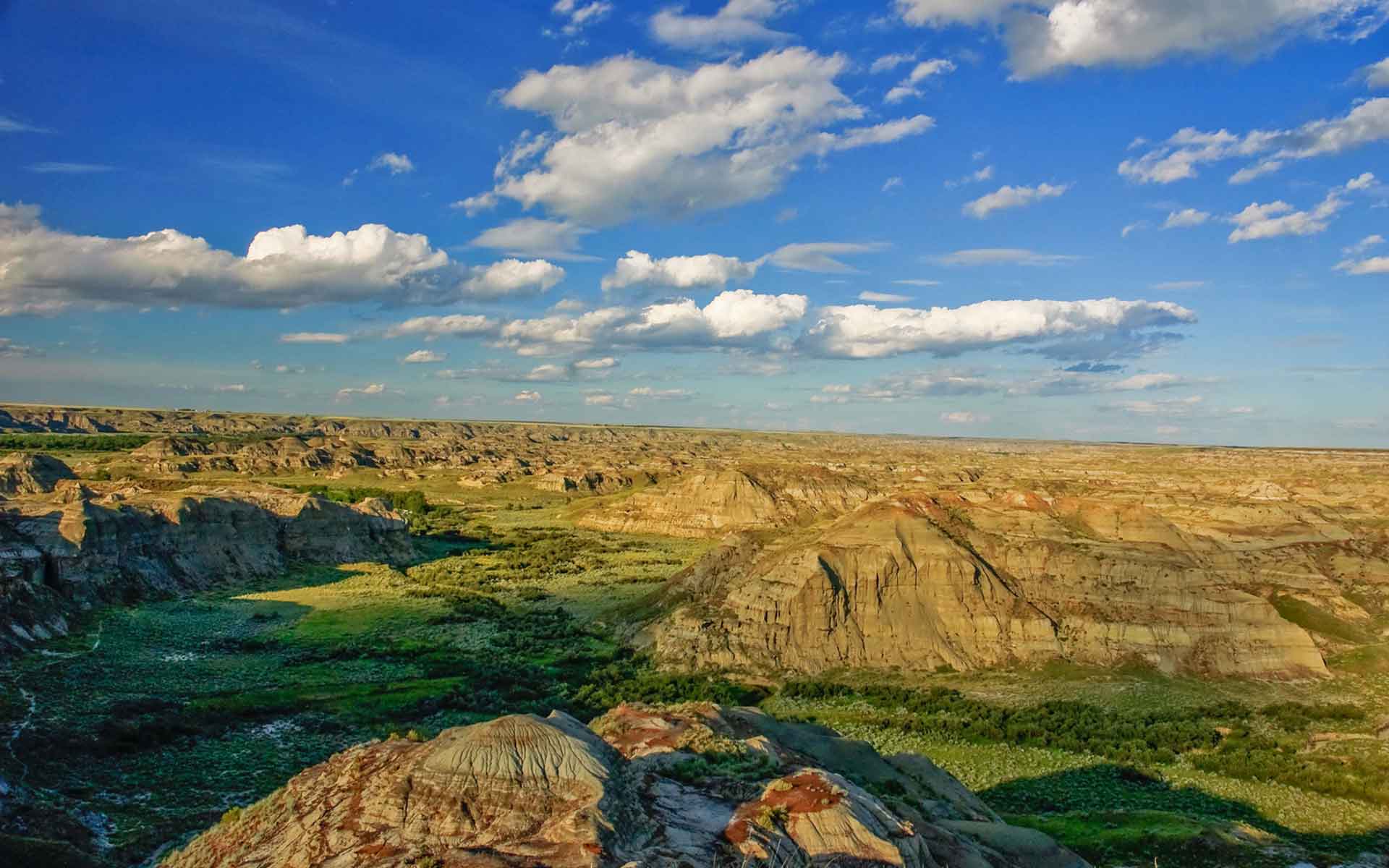