Yardang (Kalut) in the Lut Desert 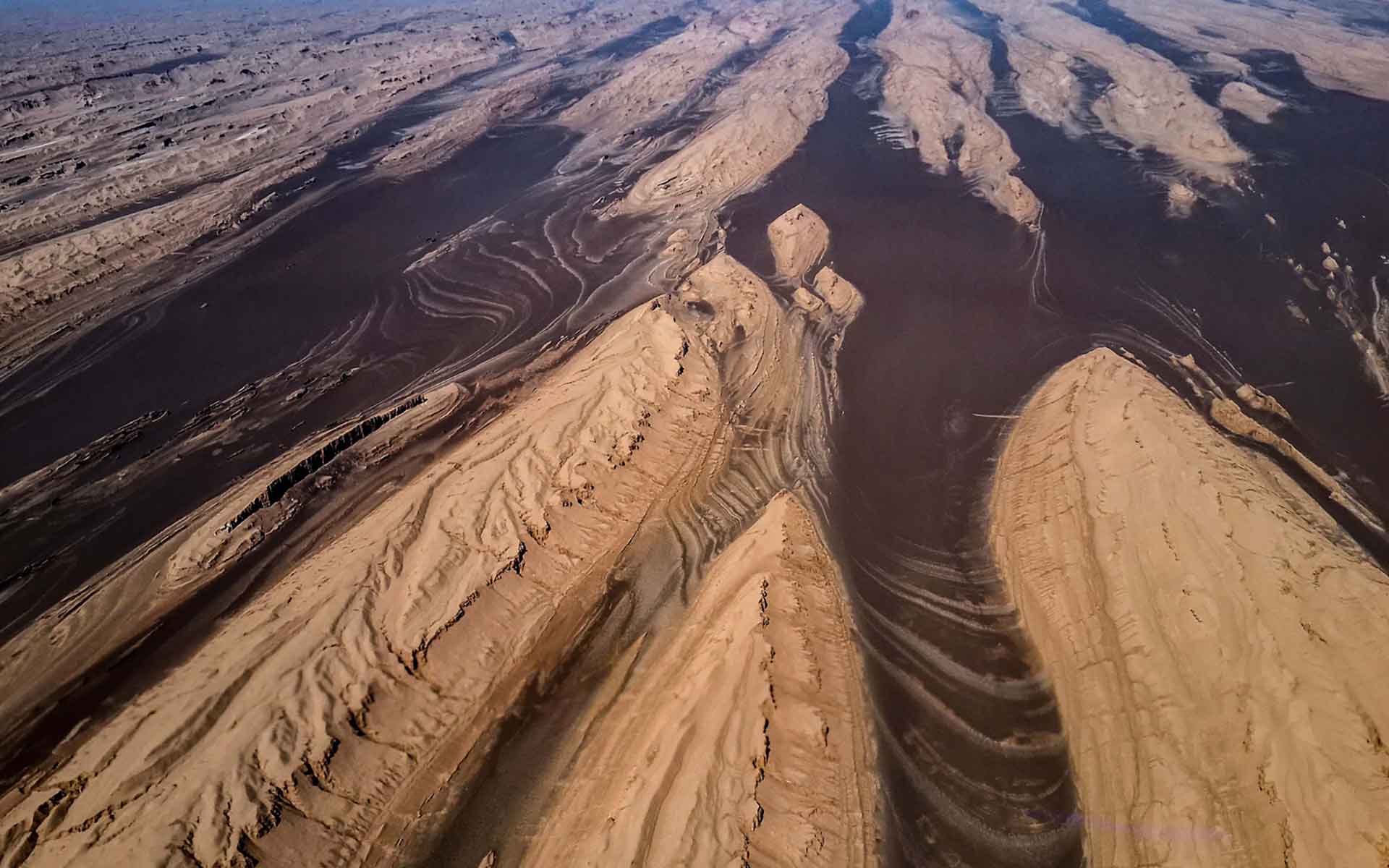 THE HIGHEST, LONGEST, AND MOST CONTINUOUS YARDANGS (KALUTS) OF THE WORLD. 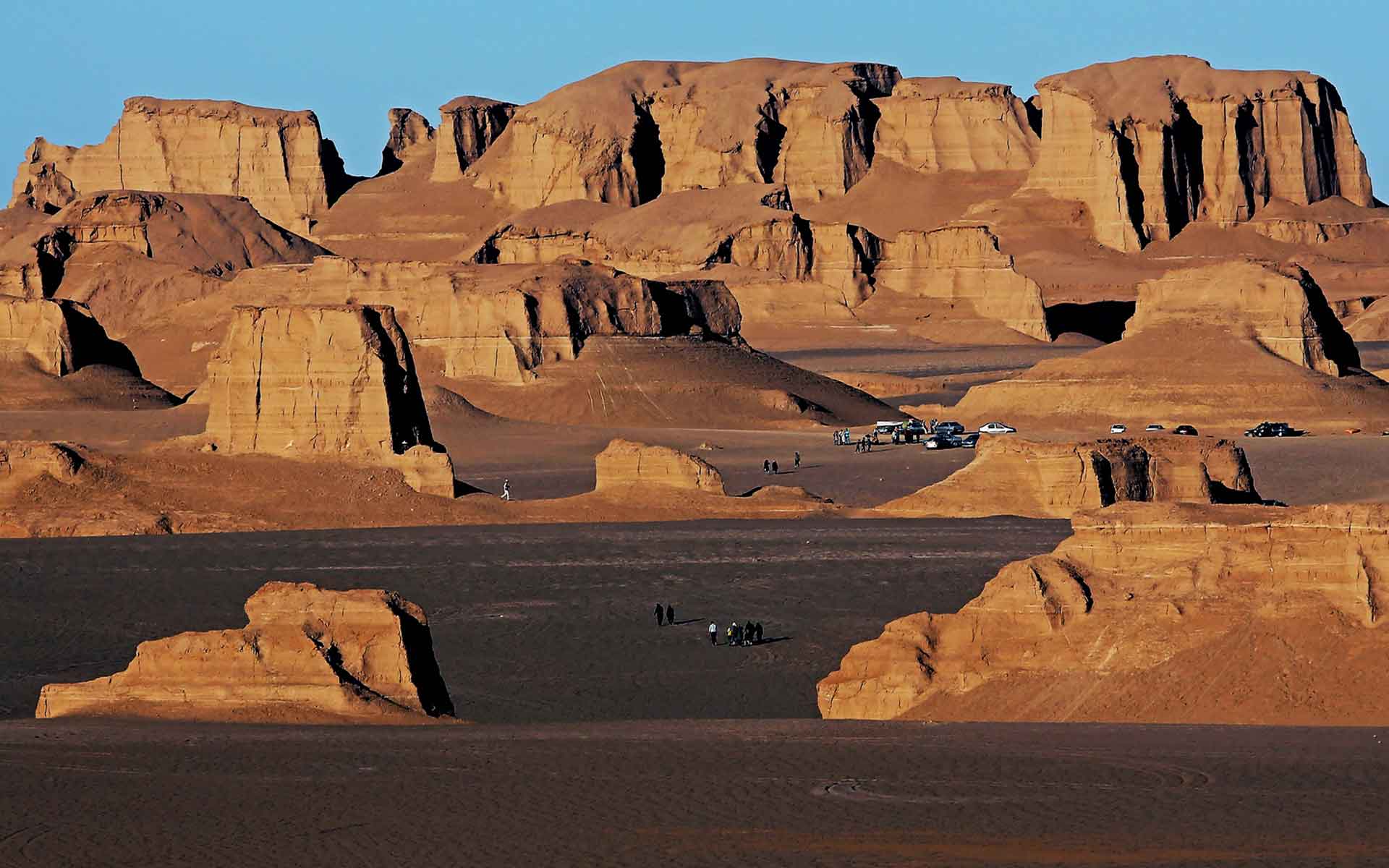 In the Lut Desert, yardangs (kaluts) have been formed by the action of hydro-aeolian processes in lacustrine strata consisting of silt, clay and silty clay with intercalation of salt and gypsum (called Lut Formation in Iran). During the Pliocene, the current location of the yardangs was a lake. The lake dried up due to climate change. The initial rills and gullies were then created by surface runoff caused by seasonal rains. Finally, aeolian processes (by continuous 120-days long, strong and uniform wind known as Sistan) have dominated, and yardangs have expanded and developed (Maghsoudi, 2021). These yardangs, classified by size, include mega-yardang, meso-yardang, and micro-yardang. Each type exhibits considerable morphological diversity. Currently, the highest yardangs in the world with a height of more than 225 meters, the longest yardangs in the world with a length of more than 40 km and the most continuous yardangs in the world with an area of ~7185 square kilometers are located in the west of the Lut Desert (State Party of Iran, 2015; Maghsoudi et al., 2019). Also, the flow of the permanent Shur River in the northern part of the yardangs and the hottest recorded place on Earth (80.83 ac – Azarderakhsh et al., 2020) in the southern part of yardangs are extraordinary features of this geological heritage. Because of good access, these yardangs have potential for scientific, educational and geotourism uses (Maghsoudi et al., 2019).

There are scientific reports from the early 1900s (Gabriel, 1938). The focused researches began in 1970 by a scientific group from Iran and France. Since then, various reports, books and papers have been published on the yardangs (kaluts). 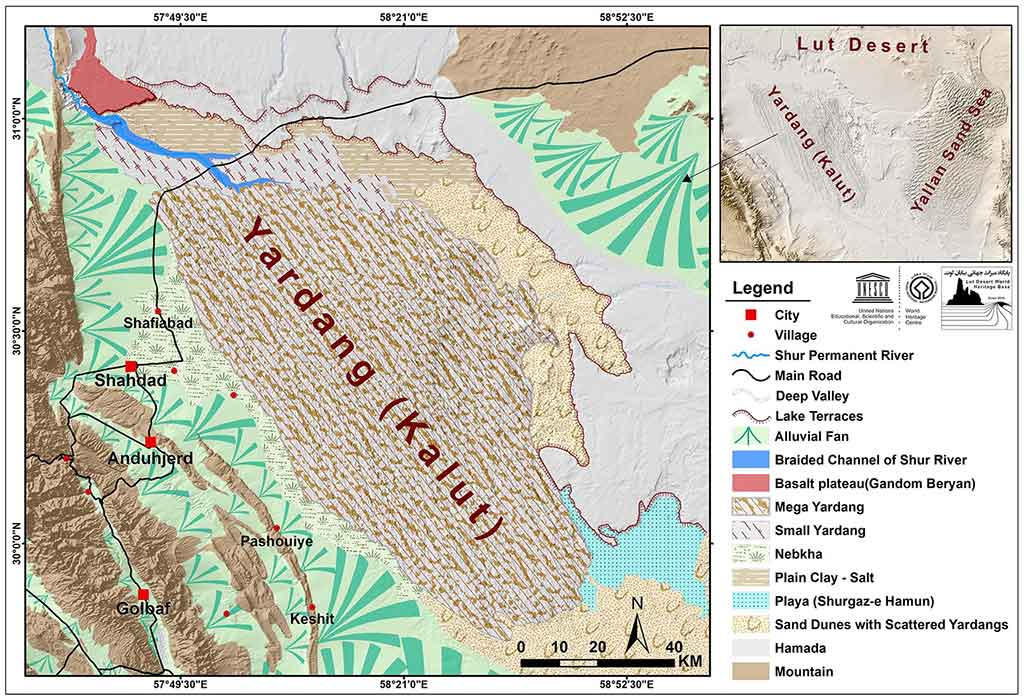 Geomorphological map: yardangs (kaluts) fields and significant surrounding geodiversity in the western part of the Lut Desert. The area of both Mega-Yardang and Meso-Yardang is the proposed boundary for the geoheritage of yardang (kalut) in the Lut Desert (after Maghsoudi et al., 2019).